The Uninsured Next Door

The ranks of uninsured Americans are growing by the hour thanks to changing demographic trends and the breakdown of the post WWII employer-based insurance system. But who are the uninsured among us? You might be surprised to find out.

The U.S. Census Bureau recently released data showing that nearly 47 million Americans were living without health care last year. And with a growing number of our youth—11.7 percent of all children under 18—without adequate coverage, governments on both the state and federal level have been working hard to address the public demands for a better health care system.

“The huge number of uninsured Americans exceeds the cumulative population of 24 states plus the District of Columbia,” says Kathleen Stoll, Health Policy Director of Families USA. “This epidemic of the uninsured has reached crisis proportions, and Americans want to see the problem solved.”

But who are the uninsured, the millions of Americans living without routine medical attention, preventive screenings and medicine—those who ultimately wind up at emergency rooms in critical condition for things that could have been prevented?

Richard Gibbs, co-founder of the San Francisco Free Clinic, a nonprofit health provider that serves uninsured residents in the San Francisco Bay Area, says, “The uninsured are the people who live next door to you, work with you, they’re on the PTA, they’re all around you.”

The workforce and the uninsured

Today, in a primarily employer-based, managed health care system, it’s safe to assume that most Americans holding down a full-time job are able to provide affordable health care for their families. But the U.S. Census Bureau claims that nearly 40% of the uninsured population resides in households earning $50,000 or more; meaning that, despite earning wages above the national poverty level, workers still aren’t  paying for premiums.

In the late 60s, the idea of the free clinic found a patient-base in the goups of transient youths and homeless flocking to San Francisco. Founded in 1967, the Haight Street Free Clinic was funded by rock concerts, and its founders worked under the motto, “Health care is a right, not a privilege.” This model of free medical attention inspired the establishment of hundreds of similar centers across the country, but today, free clinics provide a vital function when managed health care plans fail.

Gibbs admits that when he opened his free clinic along with his wife Patricia in 1994, he imagined most of their patients would be homeless. “We didn’t know who we would see,” he says. “We were prepared to treat ’the uninsured,’ the homeless or people down-and-out and poverty-stricken.” Today, the homeless make up two percent of his patients, and 50% of the clinic’s visitors are unemployed.

The steady increase in the number of employed yet insurance-less has been aided by soaring health care premiums. Premiums have risen by 87% since the year 2000, drastically outpacing the rate of overall inflation of 3.5%, as well as wage gains, which rose by 3.8%, according to the Wall Street Journal .

Joel E. Miller, Vice President of Operations at the National Coalition on Health Care, says that as fewer employees are able to afford insurance—and fewer employers cannot provide it, more and more Americans are signing up for federally-funded programs like Medicare and Medicaid. But Miller worries that a future economic crunch may hinder the progress of such programs.

“A lot of the people relying on Medicaid and Medicare may fall through a black hole because they [eventually] may not be eligible for those programs, or states will start cutting back because they don’t have the revenues,” he says.

What’s more, analysts are finding a direct correlation between overwhelmed emergency care services and the climbing price of health care premiums, creating a vicious cycle where the uninsured beget the uninsured.

“The cost of emergency services for those without coverage is pushed on to those with health insurance. Our health care costs are then increased, so each year our premiums are up about $900 to cover those who don’t have health insurance,” says Meredith L. King, Health Policy Research Analyst at the Center for American Progress. 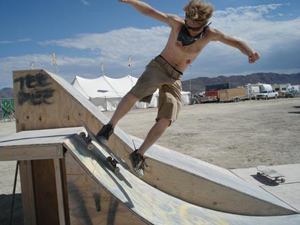 Andy Kowalczyk, a recently unemployed shipping and receiving laborer, says he had looked into COBRA, but didn’t find it worthwhile.  “I’d say it (COBRA insurance) would have taken up more than a quarter of my unemployment check. So I don’t have insurance right now, and I’d be horrified if I got into an accident or something, but I just can’t afford it.”

Some would say that Kowalczyk’s decision to forego health insurance is an example of distorted priorities, but in a city where the average rent hovers above $2,000 a month, even the maximum California unemployment benefit would leave him several hundred dollars short. The opportunities for compromise are few, and the choices often come down to health care, housing or food. Like many individuals his age, the choice is obvious: go hungry, go homeless or gamble with your health care.

Although there is currently a record number of American children without health care, the largest age group of the uninsured is young adults aged 18-24, according to the U.S. Census Bureau. “Unfortunately, that’s when you really need primary preventative care,” Gibbs says. “At that age you need to have pap smears or you could get cervical cancer, you need your cholesterol levels checked for future complications; it’s when you find out if you’re diabetic, and when you need counseling on smoking.”

In addition, a young, uninsured workforce may have further complications in receiving health care due to the changing nature of the economy.

Miller explains that, as the country moves from a manufacturing economy to a service-based economy, more start-ups and service-oriented businesses are finding it difficult to provide insurance to their employees.

“In the past, these manufacturing firms were unionized, and there was room to negotiate coverage and comprehensive benefit plans,” he says, but no more. “All of these trends are making it more difficult for people to secure health insurance.”

Without a change in thinking among policy makers, employers and health care providers, the ranks of the uninsured will continue to grow. If you’re wondering who’s swelling the ranks, just stick your head outside; they’re all around you.

The article is well-written and brings significant facts to light. We cannot afford not to work for someone else in order to afford health care. I have what could be a lucrative home based business if I had the time to augment my sales. However, I am working a full-time job for a large corporation in order, primarily, to have health insurance coverage--just in case. The cost of the insurance goes up every year and takes the equivalent of a new car payment out of my paycheck, but after that co-payment and deductible, I can rest assured that they will cover 80%--just in case.