In 2006, Massachusetts passed the Health Care Reform Act, the first comprehensive health insurance plan in the United States. The plan requires all individuals to have healthcare, with the State stepping up for those unable to afford it. It creates a “Connector,” an agency that helps individuals to find an affordable plan, and allows individuals to opt out—for a while—with a set of defined reasons and a penalty clause.

PT: What is the basic theory underlying the Act?

Senator Moore: The theory behind the plan is the government is playing a role, which varies by people’s ability to pay. The plan is working with employers—it’s still an employer based plan. Therefore, they’re paying the fees. And finally, crucial to the plan is the individual mandate—that each person should be covered or provide a reason why they aren’t able to find an affordable plan.

We still have some people who haven’t signed up. The only people we could be missing are those who aren’t paying their taxes, but we usually catch up with them.

Senator Moore: The enrollment is currently at 650,000, which is better than half of our uninsured number. These are people who had been using the emergency room as their primary care giver. The access issue has been improving as well.

The Urban Institute just released a report that covers the period between September 2006-September 2007. In 2006, we had 13% uninsured. A year later, that figure had fallen to 7%. Since the real push to sign people up was in the September-December period of last year, we think this figure is now much closer to 4%.

PT: Could you be more specific on the factors involved?

Senator Moore: There are several reasons for its success. The first is the cost issue: we have been able to keep it affordable — affordable for people at the lower end of the socio-economic scale. Second, through our Commonwealth Health Insurance Connector, we have been able to get people to find affordable plans that are not necessarily subsidized. The agency has worked with different plans to achieve this result. And finally, the individual mandate has been a factor. A number of people have opted to pay the penalty of $219 per person/per year. In January of this year, that started to get a little more expensive, up to over $900 per year. So, we’re hoping they will choose to be covered since each month the penalty will be imposed up to the maximum of $912 for the year.

PT: Have there been any problems?

Senator Moore: Well, it’s still an employer-based plan, and approximately 72% of employers have been cooperative. We’ll now start focusing on why some large employers are relying on encouraging their employers to access their health insurance through a taxpayer subsidized program. Employers are now paying $295 annually per person. We’ll look at seeing whether this amount is sufficient to cover the costs.

We’re also looking at an increase in the cigarette tax by $1 pack to help pay the difference.

PT: The other side of the issue is the increasing costs of healthcare. What is the State doing about that?

Senator Moore: Yes, we’re focusing on costs: legislation has been approved in the State Senate and will be taken up in the House in the next few weeks. We have proposed spending $25 million to help people get connected electronically—electronic health records, computerized physician order entry and e-prescribing. That will reduce errors and save money and lives.

Transparency is another issue: we’re asking insurers why they have a rise in costs. We’re seeking transparency in reporting of health care provider charge increases as well as looking at why health insurance premiums are increasing. We’re helping to educate the public and payers by asking the providers and insurers to keep them informed.

Through electronic records, transparency, and other issues, we’re seeking where the costs drivers are and hoping to get a handle on the high cost of care. 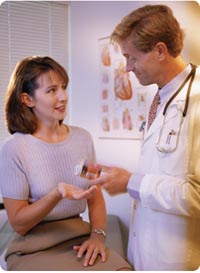 PT: Senator, you mentioned that success also has its costs—in this case the plan is costing the State more. Could you explain that?

Senator Moore: The costs are higher than anticipated, because we have successfully enrolled more than half of our uninsured population. There’s been no crowding out of private sector insurance. Compliance with individual mandates seems good. People are getting better care. There have been a number of inspiring success stories. Overall, the plan is working quite well

PT: Senator, could you quantify that number?

Senator Moore: We estimate that the program will cost $170 million more than we anticipated so about $859 million. And, that’s been incorporated in the budget. Healthcare in all forms—Medicaid, Commonwealth Care, state employee coverage—is about half of our state budget. Everything else competes with health care. So far, the Governor, Legislature, business community, and other stakeholders have all been behind it.

PT: Would you compare Massachusetts’s plan with those of California, and the Presidential candidates McCain and Obama?

Senator Moore: I really haven’t studied these other plans that carefully. California is certainly larger. The biggest difference between the plan proposed by Senator Clinton and the one by Senator Obama is the individual mandate. Otherwise, both plans have some of the features that are in the Massachusetts plan.

The reason for the individual mandate is that it’s necessary to get to universal coverage. People in the under 30 age category think they’ll never get sick or hurt. They need to be part of the plan. Rates in this group are less. Everybody must have insurance if they can find an affordable plan. If they don’t, they can seek a waiver that grants them exemption from any penalties. Most people who are qualifying for the waiver are in the 50-64 range. But, they are also at risk. [Editor’s Note: Senator McCain endorses a pre-tax subsidy to individuals to pay for their health insurance.]

PT: MA has taken the lead where the Federal government has been unable to put together a plan. Any thoughts on that?

Senator Moore: We didn’t see the Federal government solving the problem any time soon. There are so many different interests competing at that level. Our primary hope is that the Federal government continues to be a partner in the health reform plan. We have our Section 1115 waiver to help pay part of the plan. [Editor’s Note: Section 1115 waivers exempt states from certain provisions of the federal Medicaid plan.]

We will continue to be partnering through the Medicare waiver. Our concern is that there are so many restrictions. We’re hoping to make these less restrictive and continue a reasonable level of financial support.

PT: How does the program interact with Medicare/Medicaid?

Certainly, some of the programs in Medicare are important such as assistance with graduate medical education. Healthcare is heavily dependent upon Federal assistance. The degree to which the Medicaid gets more restrictive, it creates problems for states in addressing the primary care issue. There is need for both Medicare and Medicaid to increase reimbursement rates for primary care providers since they are critical to holding costs down and promoting prevention and screening.

PT: In closing, what would you say is the plan’s most important aspect?

Senator Moore: The most important part of the success of the plan is the near universal support among the stakeholders. Everybody wants to see it work. Every time we hit a snag, we seem to be able to work around it.

PT: Senator Moore, thank you for your time.

It's not surprising it went over-budget, government has no incentive to stay within when the bureaucrats can just request that the legislature steal... tax more money for the short fall. In fact, the Governor has upped the estimate; 2008-2009 costs will be more like $1.1 billion––a 50% increase over the original estimate from less than two years ago!

And now they've succeeded in driving even more low-cost insurance companies out of Massachusetts with the increased regulation... even less choice for everyone else.

The program has increased demand for health care services without increasing the supply of providers. As a result, patients are having trouble finding providers and waiting lists (Canada here we come) are beginning to develop.

This would be a horrible thing to see happen here in California. I don't want to be forced to have health insurance and be fined if I don't comply. What happened to liberty?