FREE PRE-K IS A GOOD IDEA; FREE COMMUNITY COLLEGE NOT SO MUCH

As well as using the “something-for-nothing” model, why not add a “you gave, we give” merit test as the basis for government largesse? 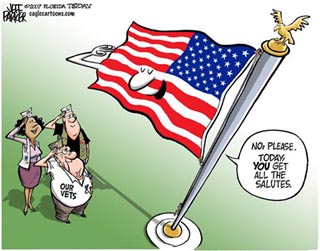 As Congress considers the $3.5 trillion reconciliation bill, among the “something-for-nothing” laundry lists are two items that impact education: pre-K and community college. They are particularly relevant to Nevadans, where schools are ranked at or near rock bottom among K-12 U.S. education systems.

Pre-K is a good idea. Studies seem to indicate that the benefits wear off by the time students hit Third Grade. I would argue they are life-long: once a child’s mind is opened up, it stays open. Not everyone is an Einstein, but children will always be better off than if they hadn’t had the benefit of early learning. Moreover, at that age, young peoples’ minds are tabula rosa—largely unwritten pages in a lifelong book. Now, 3 yr. and 4 yr. old’s are a little young for national service, but that’s where society steps in. As a community, we can assist with writing the first few chapters of their education.

“Education is the future,” says CA State Senator Jack Scott, who chairs the State's Senate Committee on Education. Everyone agrees “that all Americans deserve a quality education,” but most political leaders launch into the ‘how?’ before answering the ‘what?’ in defining education policy. The 2008 Presidential candidates' position statements, for example, have focused on who sets educational goals and standards: parents or government? (Teachers, students anyone?) Who pays? And, for what? And, where do the federal, state and local governments fit into the equation?

How can state and federal educational mandates damage the system they’re trying to help? By ignoring deep social divisions in the system, constraining good teachers and adopting a "one-size-fits-average" premise.

As America’s public education system founders in the wake of its past success, concerned citizens often turn their attention to Washington and their state capitols for solutions. Nevertheless, many of the country's teachers aren’t buying into the policies instituted at the highest levels. Actually, it may be worse than that. To hear some teachers tell the story, federal and state mandates and achievement tests are creating a discouraging environment for teachers and contributing to the shortage of people entering the profession.

Education policy has long been the province of the states in our federal system. But with No Child Left Behind up for reauthorization and a bevy of national concerns on the agenda, the focus has shifted toward how the states and Washington can work together more effectively. PT provides a round-up of states active on the education front.

A Tale of Two Teachers

What Makes A "Bad"? School Bad?

The roots of school underachievement are a complicated network of poverty, language barriers, unstable student homes and imbalanced public policies.

“Education, then, beyond all other devices of human origin, is the great equalizer of the conditions of men — the balance-wheel of the social machinery.”

--Horace Mann, “Father of the common school,” report no.12 of the Massachusetts School Board, 1848.

This fall, nearly 50 million elementary and high school students across America geared up for a school year which, collectively, will cost state and local governments $489 billion, or roughly $10,000 per pupil. The federal government has taken an interest in the inflating price tag with the pending reauthorization of No Child Left Behind. But even federal legislators are hard-pressed to agree upon just why the “great equalizer” is foundering even as dollars pour into the system. The question on everyone’s lips? “Why does the achievement gap persist, and what can be done about it?”

Poverty is on the rise in the United States—people are getting poorer. And if people are growing poorer, what does that mean for education? Education is supposed to be the way people lift themselves up out of poverty, but if people are going the other direction, that means we've got a problem. There is a definite disconnect.

With No Child Left Behind, policy-makers struggling to shore up America's public education system bet heavily on standardized testing. With the act now up for reauthorization, parents, teachers and more than a few legislators are asking deeper questions: "What are we trying to accomplish in our schools? Are we building minds or storing information? Is our goal critical thinking or high test scores, or all of the above?"

Arkansas State Senator Jimmy Jeffress knows something about education. After almost 30 years as an instructor in the Arkansas public school system, he now tackles the issue as a member of the Arkansas Senate Education Committee. PT talks with Senator Jeffress about his views on educational equality.

PT: Some people argue that a distorted view of what equality actually means generally results in distorted policies that are meant to reflect its principles. Would you agree with that assertion when it comes to educational policy?

Jeffress: Not exactly. I think your equality of outcome is going to be a direct result of what you put into it. Here in Arkansas, there's a general consensus that we want the best tools and resources for our children, the best teachers in the classroom and everything else to be in place for them so that they can secure a well-rounded education, be able to enter the work force, support themselves and become a contributing member of society. I don't think anything has ever changed in that regard.

Policy Today talks with Kansas State Senator John Vratil about the future of education in Kansas and the problem of educational inequality in America.

PT: The United States' public education system has long been considered one of its greatest achievements and the bulwark of our equalitarian society. Is ensuring social and economic equality still among policymakers' priorities when it comes to education?

"Inequality in education can be whittled down to the economic segregation that exists in most American school districts."

Sometimes equality in education comes by choice; other times by force.

In 1992, a school district in rural Arkansas sued the state, claiming unfair distribution of school funds, in violation of the state and federal constitutions. In 2002, the Arkansas Supreme Court upheld a lower court decision that found the state education's system was constitutionally inequitable and inadequate. But it wasn't until two years later, under pressure from the state Supreme Court to comply with its ruling, that the state legislature agreed to consolidate 57 school districts and increase education spending by more than $400 million.