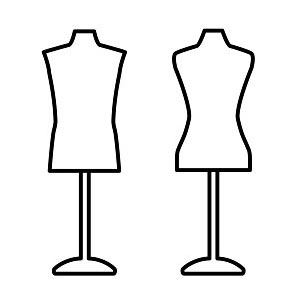 The original principles endure (Fire Bell in the Night, Schwartz).  But we have outgrown the suit our Framers created for us in 1787. Where do we start? Here are a few ideas.

It is often said that the United Kingdom lacks a written constitution. The U.K. does have a written constitution; it’s just spread across many written documents. This pattern provides an outline for our country. In Article I, the delegates drew a bright red line beneath the constitutional branch responsible for making fundamental policy decisions—Congress; and, in Article III, another line beneath the branch responsible for deciding “case or controversy”—the Courts.

The Framers did not intend the Constitution to function solely as a legal document. It was intended to frame a broader vision of political, social, and economic principles. (See Schwartz, ibid.)

We have outgrown the roles the Framers envisioned for Congress and the Supreme Court. The 1787 Convention very much wanted judicial review; but they didn’t want courts making fundamental policy decisions. The Court has become an entity unto itself rather than an integral part of the governing process. Too often, the Supreme Court deflates the role that other institutions—political, economic, and social—play in defining the landscape of American society. At a basic level, our judicial system has taken on an agenda it is structurally ill-equipped to handle.

We need to find someone who will take our country’s measure and cut a new suit that fits the nation we have become.

At the same time, the electoral sieve intended to elevate experienced individuals with thoughtful views to Congress has been replaced by money, an indifferent electorate, and media attention as key ingredients for political decision making.

The responsibility for quarter-backing the government falls on the President. Today, that task is largely beyond any President’s means. George Washington headed a federal government composed of three departments. Today, the number of employees employed by the national government number 20,000 spread over 440 agencies and departments. Our elected President has been dwarfed by a mammoth bureaucracy which for all intents and purposes governs the country.

No group on this planet would leave executive decisions for an entity as large as the United States to one executive, albeit one surrounded by legions of advisers and an ever-expanding civil service. We could add several vice presidents, each responsible for a geographic or functional constituency. And, replace the bureaucracy with functional areas reporting to each of these vice presidents.

The Framer’s model was premised on a decentralized decision-making process. Disaggregating the federal government while strengthening both federal and state governments is essential. The original checks and balances inherent in restraints on a single source of authority have morphed from diverse contiguous interests into fiefdoms of separate voices, each striving for supremacy and control rather than compromise and consensus.

Responsibility for certain areas should be returned to local governments (the states). They should have exclusive jurisdiction over education, criminal justice, and social transfer payments. The federal government would oversee certain areas including national defense, foreign trade, and monetary policy. Both governments could share responsibility in areas such as the environment, energy, and infrastructure. The Supreme Court would enforce the boundaries set between them as well as the rights and restraints the Legal and Political Constitutions establish.

Though the Framers were foremost involved in a political act, pressure for the Convention largely arose from economic concerns. Our economic model reflects our commitment to let individuals compete among market forces of supply and demand, while asking government to prevent abuses. We need to recommit to this model. There is no a fortiori reason to believe that government officials are better at managing the economy than executives in the private sector.

Moreover, the country has many competent and honest business leaders. Instead of hauling them before hostile Congressional committees, we should invite them to participate in local decision-making. The eighteen-century Irish statesman Edmund Burke said (in some form), that “evil prevails when good men do nothing.” The good men and women of the business community form an important voice when battling the juggernaut of crony capitalism and political pandering.

Our social fabric: National service, elite schools, and the increasing divide between haves and have nots

Our social fabric supports our economic, political, and legal systems. It is in dire need of repair. Madison’s political theory assumed a pluralistic society. Rather than a common good arising from compromise, however, pluralism has created an ill-suited fabric of combative pecking orders and clashing demands.

A way exists to mend the cloth, though it will take a generation. We should look to our schools and armed forces. For those entering, our schools and military have largely become the realm of those who cannot afford better. The result: government and societal elites who are insensitive to the needs of their peers because they have never met.

If an equalitarian society forms the bedrock of our country, the most defining element is how we educate our youth. No state, it seems, can prevent the stratification of society. But, at one time, our education system (and the military) mirrored our society. Today, the key to America’s future, education, continues to see its mission politicized and programs cut. Elite high schools and universities are no longer the exclusive province of the wealthy but have created new elites. The vast majority of our schools fail to teach basic intellectual skills not to mention civic education. Moreover, by segregating the brightest from everyone else, aren’t we short changing both groups?

Compulsory national service is another path. I entered the military as a “slick sleeve,” the lowest private out there. I served with people I didn’t even know existed. I grew to respect many, but I met them all.

Finally, we must end our culture of dependency (and entitlement). One model is “you gave, we give,” whose approach lies in social security and the GI Bill. No one is too poor or sidelined to give back in some way. We need to include them and ask for their contribution. In return, the government can assist with health care, scholarships, and business loans. As President Kennedy put it 60 years ago: “Ask not what your country can do for you, but what you can do for your country.”

Batman (Adam West) asks, “who’s your tailor?” We need to find someone who will take our country’s measure and cut a new suit that fits the nation we have become.