Social inventions such as the assembly line, franchising, and package tours have impacted our society as profoundly as the telephone, typewriter, transistor—and now, the Internet. Does outsourcing merely involve "cutting costs by moving jobs overseas" or "a new technology that will reorder our daily lives?" 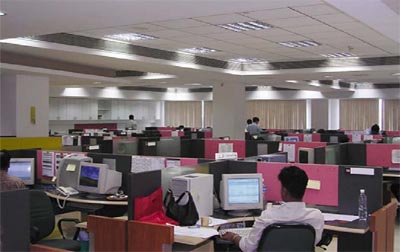 Solving a problem correctly depends upon asking the right question. Critics argue that "outsourcing" differs from its first cousin, "subcontracting," because the subcontractors are "there" not "here." That is, a job in Delhi is not a job in Detroit, because the money to pay the mortgage or go to a show isn't here-it's there. Proponents contend, however, that, "outsourcing has little to do with US job loses, which are a function of changing technology and a 'dynamic process of job creation and destruction.'"

Over the past 100 years, America has adapted to seismic social and economic changes in the wake of one invention after another-the railroad, television, and computer. All represent what professors at Harvard and M.I.T. have called "disruptive technologies" or "paradigm change," highfalutin terms to describe an important but basic concept: when theory no longer fits accepted practice, the rules of the game change to deal with a new reality. Markets must react to these changes, which fundamentally alter their competitive structure by introducing innovative (often, less expensive) products and services.

Similarly, "social inventions" such as the assembly line, franchising, and package tours have had as profound an impact on society as the telephone, typewriter, transistor--and, now the Internet. Should outsourcing, then, be simply defined "as moving US jobs where the labor is cheaper" or as "a social technology that will reorder our daily lives?"

According to the Bureau of Labor Statistics, manufacturing represents 12% of all employment. Factory jobs, however, have dropped from above 17 million between 1994-2000 to 14.4 million jobs today. Construction workers have fared better as their work can only be done here not there. And, indeed, the BLS reports that the number of construction workers has increased from 5.1 million in 1994 to 6.7 million in 2003. The all- American corner drugstore has far more to fear from Bentonville, Arkansas (Walmart) than overseas predators.

Ultimately, not only American companies but ANY enterprise has to value itself along a global supply chain both in terms of cost and where its customers are-an estimated 96% of the world's consumers reside outside the United States. And, that means integrating a deliverable into a business structure that takes advantage of cost efficiencies, job skills, and customers-- wherever they may be.

A bad answer to the wrong question

So, policies based on using the tax code to create domestic jobs or to punish US companies serving overseas customers seem to be a bad answer to the wrong question, "how do we create more manufacturing jobs in the United States?" If anything, US tax incentives should reward overseas companies for building US plants, i.e., non-US companies who want to produce near their customers. 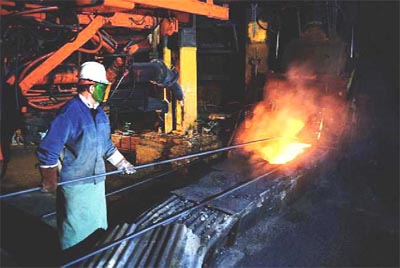 Foundry worker in the US (Photo: Corbis)

What's good for the employee, though, is sauce for the shareholder: Toyota plant workers are happy campers, GM, Ford and Daimler- Chrysler (!) shareholders, less so, because competitors have set up shop in their own backyard.

Solutions may lie in leveraging workers' job skills into managerial roles overseas and making offshore supply chains equally available to small shopkeepers and large multinationals alike. Bringing unions into positions where they can better understand and prepare their members for the demands of today's global markets is another strategy. Ultimately, though, whatever the answer, the right question is, "how do we prepare for the future?" rather "can we preserve the present?"