Judgement Day: The Governor leads the charge against protected incumbents 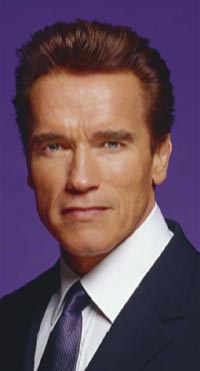 "A brief moment in time," says Chellie Pingree, President of Common Cause, when asked to describe the political forces driving California's redistricting initiative. While Hollywood celebrities have championed many good causes, legislative redistricting has never been among them. Arnold Schwarzenegger is an unlikely leading man: But, he's the larger than life "Terminator," whose "ah'll be back" are the last words anyone who stands in his way wants to hear. Just ask Gray Davis.

As California League of Women Voters' (another supporter) Program Director Trudy Schafer notes, "definitely, we're in the middle of something unusual." California's redistricting story is not only about an unusual confluence of events in America's most populous state, but larger forces waiting to reshape America's political landscape.

"What kind of a democracy is this?"

The Governor enters the redistricting fray against 50 years of partisan bickering and one-upmanship. And, after having won a successful recall vote against a three-term incumbent-not everyday occurrences. In his January State of the State speech, he recalls first encountering "gerrymandering" while studying for his citizenship test. "For a long time I thought that was something that happened way back in the 1800's, but the practice is still alive and well today."

For Schwarzenegger, the issues are self evident. "Where there is no competition, there is no accountability and there is no motivation for ultimate performance," he said in a February 24 speech. He criticizes "a political elite building a fortress to keep themselves in and to keep the people out." And, what a difference "when the politicians have drawn the lines and when the lines have been drawn by an independent party." He stresses that the time is now not 2010. "It's the same thing as saying, 'I go for my physical to my doctor every October.' And then when you break your arm in March, you say, 'Well, I'm going to wait until October to fix my arm.' Well, that's the same thing here."

State Senator Jackie Speier (D, San Mateo) thinks the Governor is spending, "a lot of energy on an issue that is not going to solve our financial, health care, higher education or infra-structure crises." 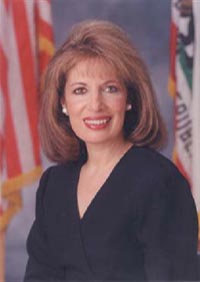 Speier, who plans to run for Lieutenant Governor when her term limits expire in 2006, also cites "the phenomena of incumbency." Typically," she says, "in surveys, when you talk to voters about why they voted for a certain candidate, they ask themselves, has she or he done anything reprehensible? Has my life been improved? The only time that incumbents haven't been returned to office is when they've done something reprehensible."

Speier raises an interesting point. By the time most candidates run for higher office, they've leveraged family political experience, held other positions, and, built an electoral machine that produces votes. The political analogue to "brand recognition" is another factor. It's simply human nature to vote for someone with a familiar name.

And, by and large, California's legislators are good, well-intentioned citizens, genuinely concerned about their constituents' welfare. Mix that with favorable party demographics, and the combination is formidable— no matter how straight the district lines are drawn.

History is also on Senator Speier's side. A 37-page study by Professor Gary Jacobson, University of California San Diego, shows that between 1952-2004, only 8 incumbents (in 261 races) lost to a challenger in election years after districts were redrawn. Seats have changed hands, but reflecting broader changes, e.g., the Reagan years in the 1980s and the anti-Republican backlash following Watergate in 1974.

The Governor uses the 1992 redistricting as the poster child for reform, when 10 incumbents exited and 17 new members were elected. But even these numbers are misleading—only 1 incumbent actually lost in the general election. The other 16 delegates filled new seats or replaced retiring members. 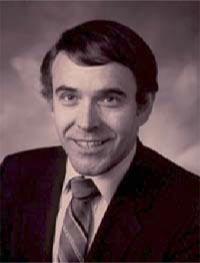 Asking judges to draw the lines isn't likely to make much of a difference either. Jacobson concludes that, "judges' decisions routinely favor the party of the person who appointed them." He further notes that not one referendum on the subject has passed in the last 50 years.

That said, he concludes, "there is little question that partisan gerrymanders of California House districts do work as planned to favor the gerrymandering party, albeit with diminishing returns over time."

Says Ted Costa, CEO of public interest group, People's Advocate and sponsor of a ballot initiative on redistricting, "the crux of the problem is that the House of Representatives is supposed to be the people's body. Gerrymandering prohibits it." He adds, "both parties are thinking about themselves. They've become dukes and earls, not representatives. They're just ordinary people."

Not just California but the entire country has seen the growth of a professional political class whose penchant for politics has led them to master their craft— political survival—getting re-elected. But, its nobility start out as plain folks. What happens when they reach the Capitol then, is the more interesting question. (See sidebar at the end of this article.)

Assemblyman Gene Mullin (D - South San Francisco) is "open to looking at the issue," but questions whether there's "a political agenda driving it. The Governor campaigned heavily for Republicans. Had he been successful in turning some of these districts Republican, there might not be this initiative." 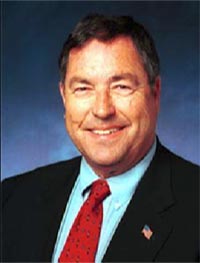 Mullin could be wrong. Schwarzenegger may be the apolitical person that he projects in public. Common Cause, he says, "is on board because they know this is not a Democratic issue, and it's not a Republican issue, it's a people's issue." Though elected as a Republican, unlike Reagan, the Governor is not a (political) party animal.

Mullin may be closer to the truth, however, when he says, "if you woke everyone up in the middle of the night and asked them about redistricting, they would wonder what you're talking about. Whether it's merit pay for teachers or passing a budget, it's all about frustration with the system."

Linking redistricting to fixing the system

The State's politicians like what they're doing, and but for extraordinary circumstances, the electorate seems to like what they're doing as well. No one is forcing California's 15.3 million registered voters to re-elect incumbents. And, conventional wisdom suggests that the rules in Sacramento and Washington favor incumbents-the more incumbent, the better positioned to raid the larder on their District's behalf.

If the Governor's instincts for reform are well placed, the tide of history, "phenomena of incumbency," and voters' own behavior are working against redistricting as an issue. He will have to convince the State's residents that redrawing the lines 5 years ahead of schedule will somehow improve their lives.

Where has the money gone?

Californians pay $260 billion annually in Federal taxes and get back somewhat less than 80%. (Of the $200 billion that returns home, roughly half goes to Social Security with another $20 billion paid to Federal employees.) With a $36 billion state deficit, and cuts in public education and transportation hurting the community, the Governor is already asking incumbents, "why do California's 36 million residents subsidize West Virginia's and New Mexico's 1.8 million inhabitants (each) to the tune of $15 billion annually?"

What are the State's interests?

Unlike delegations from many other states, observes Professor Jacobson, "the California delegation almost never unites to use the clout inherent in its size to pursue the state's interests. The ideological gulf between the parties points to the absence of any consensus among California representatives on what the state's interests are." What better person than the Governor to articulate those interests and to hold incumbents accountable for whatever they have or haven't done to achieve them.

Is public trust for sale to the highest bidder?

Money and politics have long gone hand-in-glove, but lately the amounts spent are staggering. Instead of confronting this trend, the prevailing attitude is "if you can't beat 'em, join 'em." Commenting on checks that 30 California House incumbents wrote to a political consultant to make their districts "safe," one contributor said, "$20,000 is nothing to keep your seat. I spend $2 million every election." (Small change, though, compared to the $65 million that New Jersey's Jon Corzine spent to win a Senate seat in 2002.)

No one ever grew rich on the Congressional rank and file salary of $158,100, but what's going on here? Investing $2 million to take home less than $325,000 over a two year term? Schwarzenegger has taken heat for the $50 million he's raising to underwrite his reform agenda, but arguably the funds are targeted at promoting the issues not himself.

Says Pingree, "for 35 years, we have been worried about the fundamentals of democracy. I'm the last person to say that if you just fix the redistricting, democracy will be safe forever. These issues (campaign finance, for example) are all interrelated."

Redistricting is not a silver bullet for "fixing the system." But it may be as good a place as any for the State to start. And, by qualifying enough signatures to place the issue on the ballot and calling for a Special Election in November, the Governor and his supporters are out of the gate.

"Someone has to be afraid of losing" 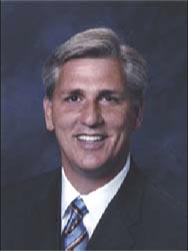 The Attorney General's website explains that "California uses the direct initiative process, enabling voters to bypass the Legislature to put an issue directly on the ballot." (There are two types of initiatives: statute revision and constitutional amendment.)

Says Costa, "there's a real frenzy going on in California. Once someone begins filing, everyone begins filing." As of early March, there are 82 initiatives in circulation, pending, or cleared for voter approval. Among them are 3 (including Costa's) relating to redistricting. Costa's petition is backed by the Governor and received the required signatures in early May to be placed on the November ballot.

Republican Minority Leader Kevin McCarthy (R, Bakersfield) is managing the Governor's bill ( ACAX1 3) in the Assembly. Says McCarthy, "I introduced this bill when I was first elected to the Legislature two years ago. That year, facing a $36 billion deficit, we talked about cross-dressing and bird weaning. We spent two and a half hours on these issues instead of the looming fiscal crisis. Legislators who cannot prioritize the pressing issues facing the state should not be re-elected, yet each one was."

McCarthy asks, "tell us the last time this legislature moved on anything significant in policy other than workers' compensation reform? We have to hold elected officials accountable. Someone has to be afraid of losing."

On the broader topic of what happens to "ordinary people" when they get elected to the State Legislature or Congress, McCarthy responds: "the structure starts dictating the behavior. No one is created equal here-everything is dictated-even the parking spaces. The party structure breaks you down to make you responsive."